The Supervisions series, begun in 2002, are based on images of urban areas revealing both views of public sites and their surfaces, as well as offering insights into closed areas from a bird’s-eye perspective.

By means of an elaborate photographic technique, Gefeller creates these “possible” and “impossible” view-points. Hundreds of individual shots are digitally joined, giving rise to the impression that the overall sight has originated from a much higher perspective. The uncommon formation process is betrayed by the detail-richness resulting from the high-resolution quality of the images of »scanned« surfaces and the optical breaks between single segments originating through perspective shifts. Yet this only becomes apparent to the observer through close inspection.

Consequently, like with his previous and often awarded photo work “Soma” − which portrays night-lit images of deserted holiday tourist centers − Gefeller leads us into a tension-field between reality and fiction, making such sights visible that are impossible to see with the naked eye, that is, without artificially manipulating the reality of the scene itself. In Supervisions, Gefeller reads the traces that society leaves behind, awakening curiosity in the viewer about the utilization and history of the portrayed urban “habitats”.

The viewer is further led to associate these sights with spy-satellite imagery. The title Supervisions consequentially refers to the restrictions of one’s own private realm provides the series with additional depth. Gefeller not only presents over-view perspectives, he also contextually points to how modern Man is overseen and supervised. 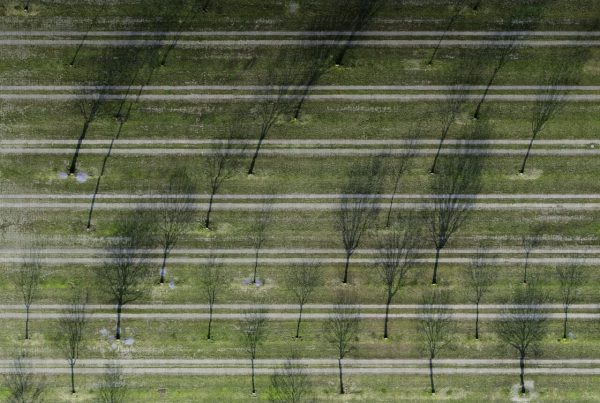