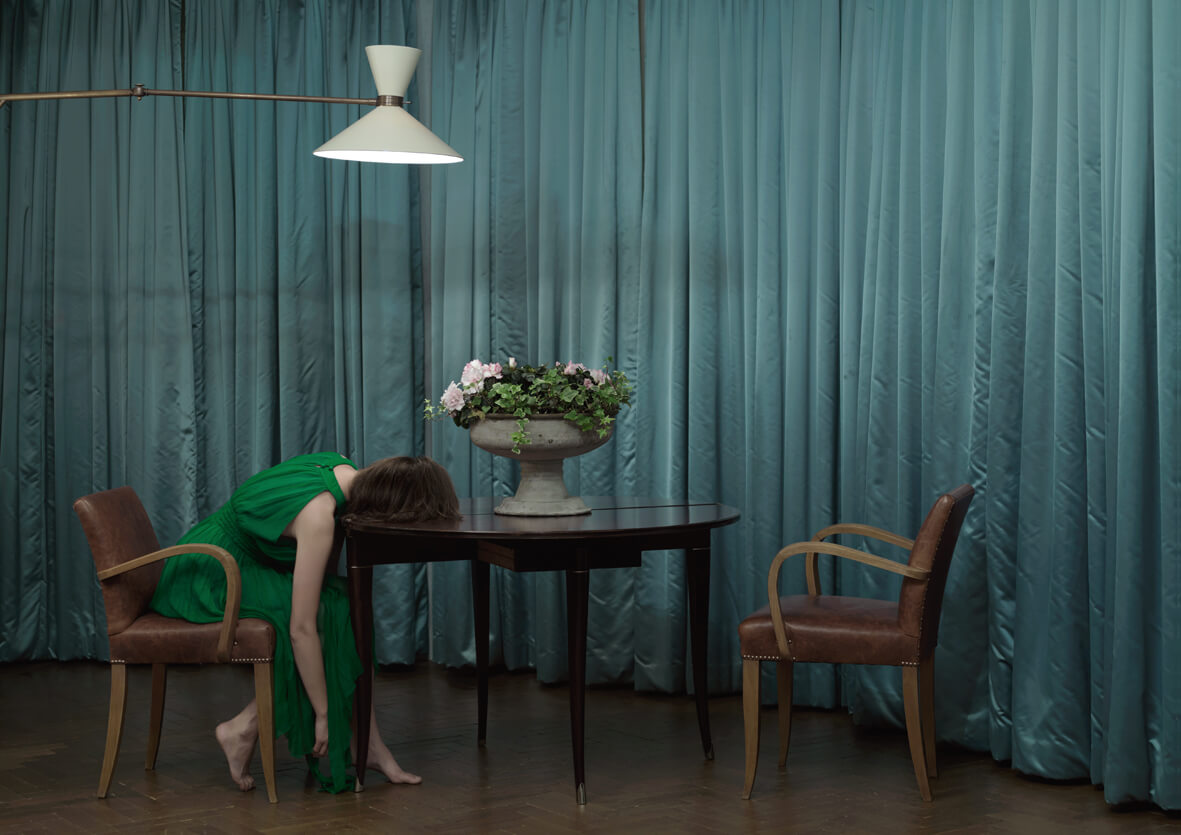 Hotel rooms are impersonal and neutral by their very nature, designed to house visitors, not permanent residents. Any one person may not alter their interiors according to subjective taste; invisible staff will always put the room back in its original form when a guest leaves. A hotel room is always a paradox as it says to its guests: Do feel at home, but please don’t. For a limited time, however, one can lock the door, pretend to own the space and feel at home, albeit in a strange, indifferent place.

“I merge myself into the interior of rooms,” Niemi has said in regard to some of her earlier works. In Do Not Disturb the artist’s relationships with interiors continues to evolve, this time in hotel rooms. To make these photographs, Niemi fled her safe and predictable existence as a Norwegian woman, mother of two, committed life partner and responsible citizen in one of the world’s safest countries, with a suitcase filled only with borrowed garments and her camera. At undisclosed locations she checked herself into carefully selected hotels and rooms, which through their very neutrality and lack of expectation could offer Niemi a refuge from the repetitiveness that is mundane life.

Understanding the fixed nature of hotel rooms Niemi seems to utilize both the resistance and the welcome present in the bold interiors. Indeed, in some of the photographs her characters seem to be fighting architecture itself, while in others the matching colours of clothing and interiors make Niemi seem to be in symbiosis with the rooms.

Some characters seem to have lost the battle altogether, the lady in Room 21 might have moved on, the mirror hints at her disappearance. The most touching and fragile of the females lies defenceless on a dark floor, dressed in and surrounded by pink, as if the room is cradling her – or devouring her. In Room 39 a crossing between surrender and hope occurs as a woman floats lifelessly in a bathtub – but the light pouring in through the window lets us know that outside the room there is life in abundance. Niemi lets these characters, or as she herself describes them, unwanted aspects of her personality, materialize, so they can evolve and either survive or perish. The rooms are free floating spaces where she may confront powers that cannot be suppressed by secure mundane life – powers that should be explored and defused – not suppressed -before becoming explosive. The battle is continuous. She is potentially all of these women and at the same time – of course – none of them. Through her photographs she lets us see her in liminal states of becoming, moments so fragile that even a knock on the door might ruin them – so please – do not disturb.

Room 39
From the series “Do Not Disturb” 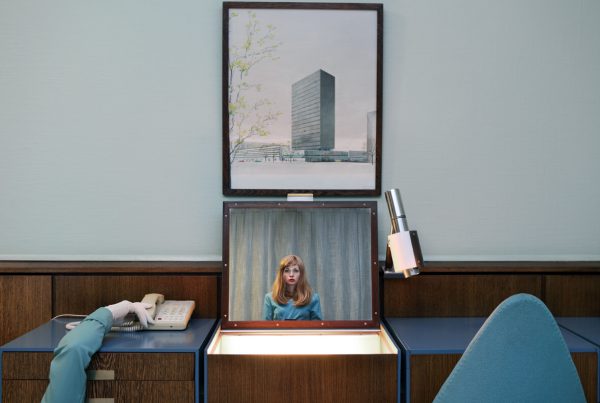 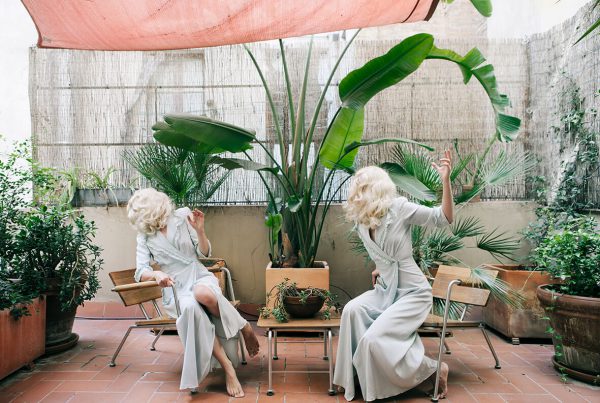 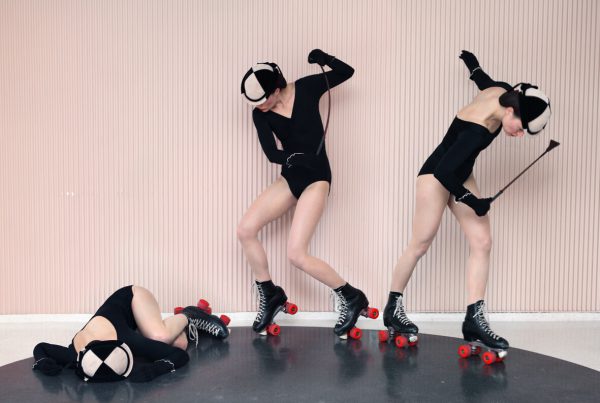 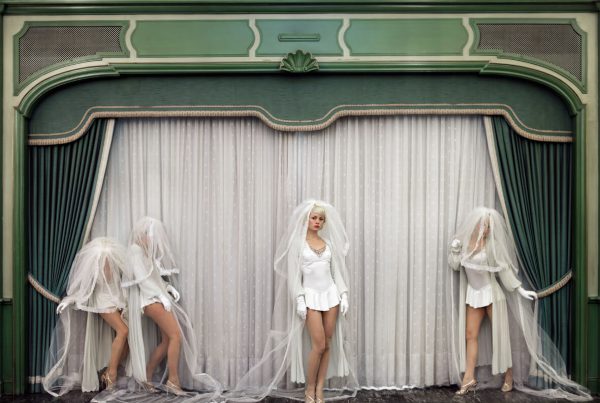