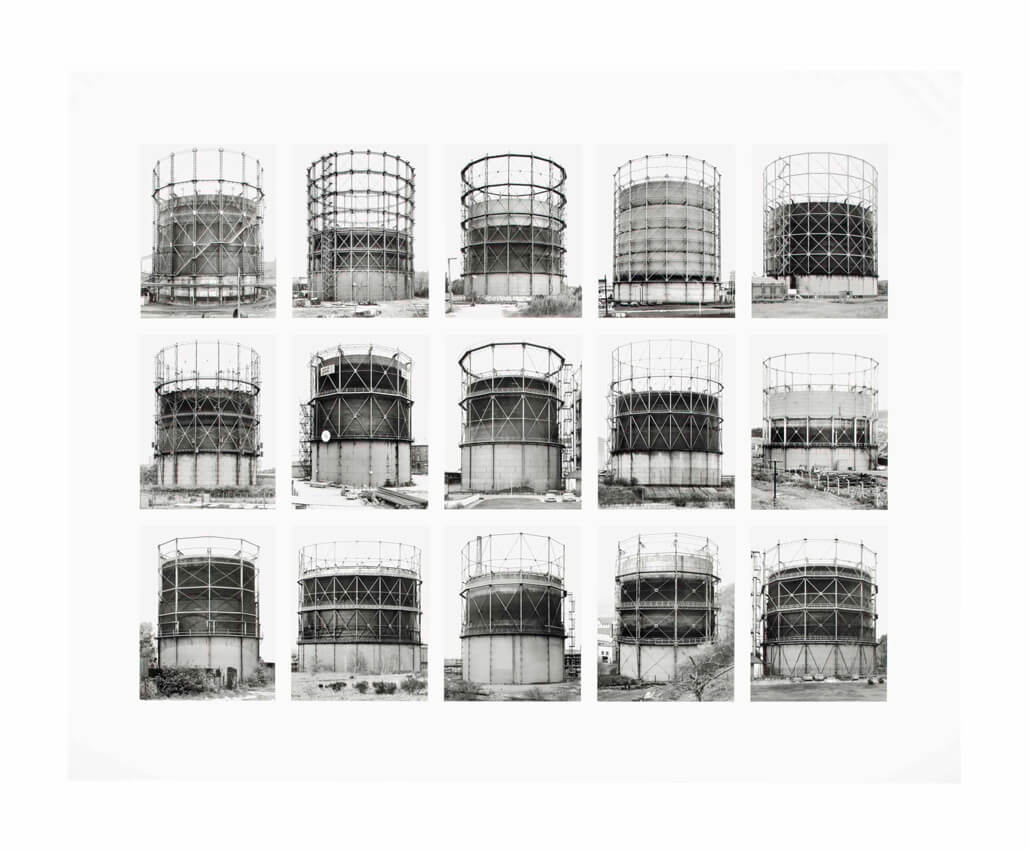 Bernhard “Bernd” Becher and Hilla Becher were German conceptual artists and photographers working as a collaborative duo. They are best known for their extensive series of photographic images, or typologies, of industrial buildings and structures, often organized in grids. As the founders of what has come to be known as the ‘Becher school’ or the ‘Düsseldorf School’ they influenced generations of documentary photographers and artists.

Meeting as students at the Kunstakademie Düsseldorf in 1957, Bernd and Hilla Becher first collaborated on photographing and documenting the disappearing German industrial architecture in 1959. The Ruhr Valley, where Becher’s family had worked in the steel and mining industries, was their initial focus. They were fascinated by the similar shapes in which certain buildings were designed. After collating thousands of pictures of individual structures, they noticed that the various edifices – of cooling towers, gas tanks and coal bunkers, for instance – shared many distinctive formal qualities. In addition, they were intrigued by the fact that so many of these industrial buildings seemed to have been built with a great deal of attention toward design.

Together, the Bechers went out with a large 8 x 10-inch view camera and photographed these buildings from a number of different angles, but always with a straightforward “objective” point of view. They shot only on overcast days, so as to avoid shadows, and early in the morning during the seasons of spring and fall. Objects included barns, water towers, coal tipples, cooling towers, grain elevators, coal bunkers, coke ovens, oil refineries, blast furnaces, gas tanks, storage silos, and warehouses. At each site the Bechers also created overall landscape views of the entire plant, which set the structures in their context and show how they relate to each other. They excluded any details that would detract from the central theme and instead set up comparisons of viewpoint and lighting through which the eye is led to the basic structural pattern of the images being compared.

The Bechers exhibited and published their single-image gelatin silver prints, grouped by subject, in a grid of six, nine, or fifteen. By the mid-1960s the Bechers had settled on a preferred presentational mode: the images of structures with similar functions are then displayed side by side to invite viewers to compare their forms and designs based on function, regional idiosyncrasies, or the age of the structures. The Bechers used the term “typology” to describe these ordered sets of photographs. The works’ titles are pithy and captions note only time and location. In 1989–91, for an exhibition at the Dia Art Foundation in New York, the Bechers introduced a second format into their oeuvre: single images that are larger in size — twenty-four by twenty inches — and presented individually, rather than as gridded tableaux.

The Becher school has influenced a number of (mainly) German photographers including Andreas Gursky, Thomas Ruff, Thomas Struth, Candida Höfer, and Elger Esser. The Canadian Edward Burtynsky also works in a similar mode. Aside from its vital documentary and analytical qualities, the Becher’s long-term project has also had a considerable impact on Minimalism and Conceptual Art since the 1970s. 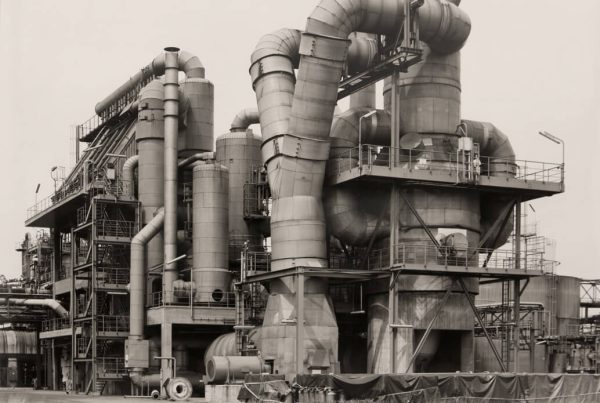 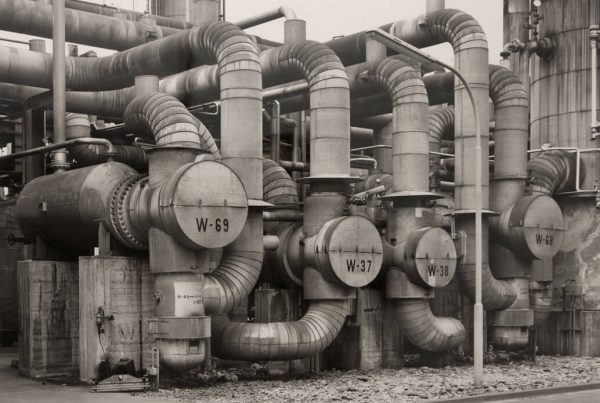