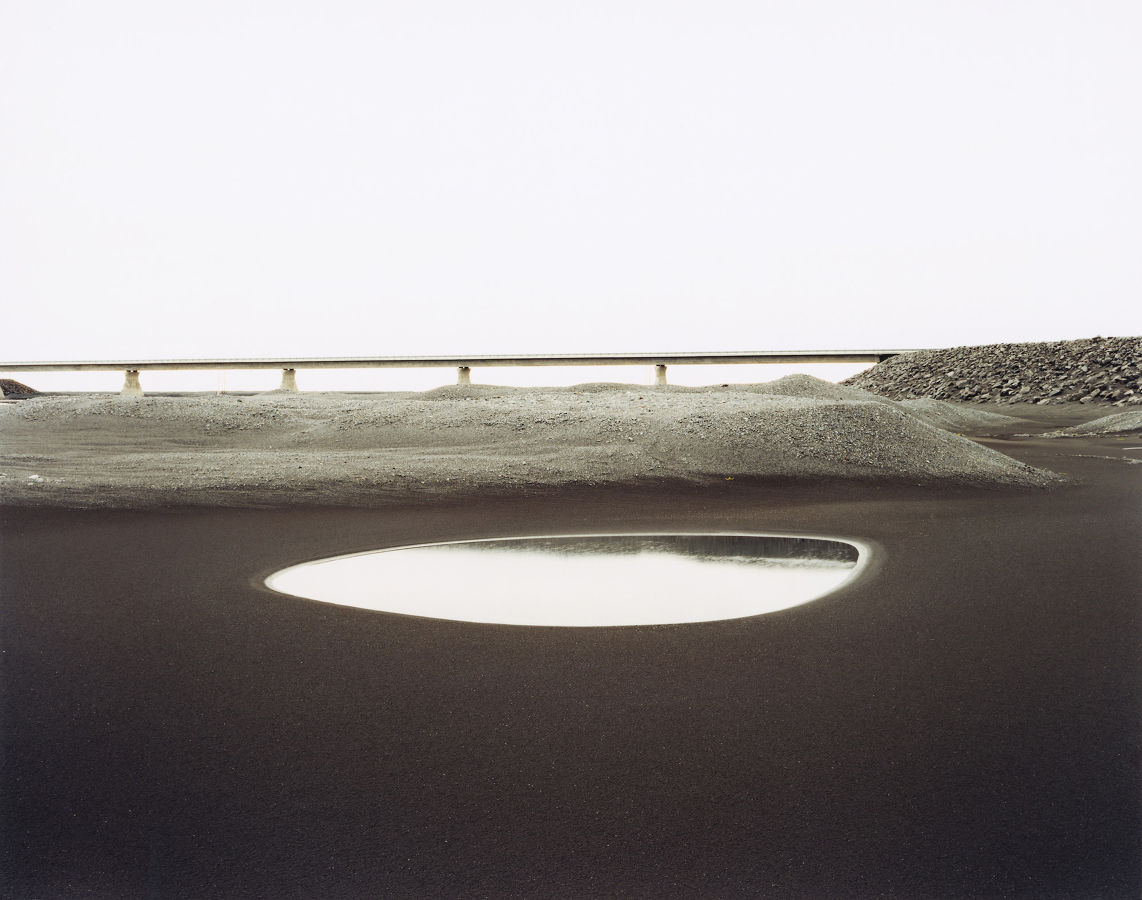 Dan Holdsworth is a British photographer who creates large-scale photographs and digital art characterized by the use of traditional techniques and unusually long exposure times, and by radical abstractions of geography. He has exhibited internationally including solo shows at BALTIC Centre for Contemporary Art, Gateshead, and Barbican Art Gallery, London; and group shows at Tate Britain, London, and Centre Pompidou, Paris. His work is held in collections including the Tate Collection, Saatchi Collection, and the Victoria and Albert Museum, London. He lives and works in Newcastle upon Tyne and London.

Holdsworth gained notice with photographic series such as A Machine For Living (1999) and Megalith (2002), where familiar scenes of service stations, car parks, billboards, or broadcast towers loom as godforsaken outposts, antecedent inklings of a new apocalyptic frontier. Consumed by the exaggerated glow of neon and head lamps, the landscapes’ toxic-colour intensity and blurred movements suggest atomic fulguration, illuminating industrial structures like shrines. Holdsworth often uses extremely prolonged exposures to capture the ethereal essence of his scenes; the paradox of these images is that their hyper-acceleration is in fact slow-time aggregation: the lens’ observations over minutes, hours, days, record an unnoticed seething of energy, a plausible force of infernal propulsion.

In the mid-2000s, Holdsworth began to source his otherworldly scenes from the truly exotic: science fiction possibilities evoked at the ends of the earth, from Europe to North and South America. Key examples from this period are The Gregorian (2005), and Hyperborea (2006) series, which were respectively shot in Puerto Rico at the American National Astronomy and Ionosphere Centre, and in Iceland’s interior, the film location of Jules Verne’s Journey to the Center of the Earth. Whether picturing a research centre in the guise of a UFO set deep within the jungle, or barren glaciers and mountains diminished beneath the spectacle of northern lights, these images re-imagine the far corners of the earth as a virtual world, fusing primordial wilderness and space-age science.

Untitled 4
From the series “The World In Itself”