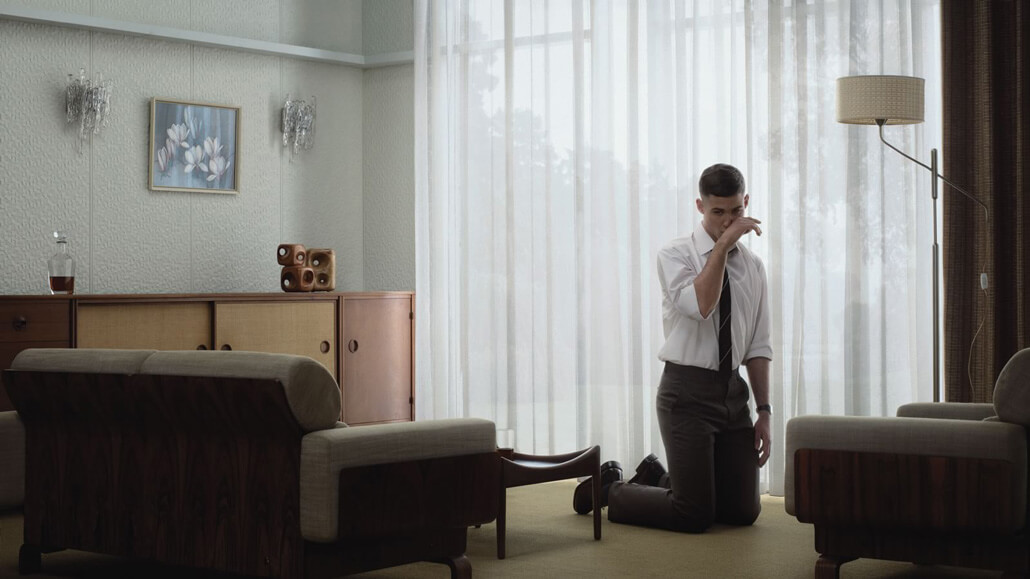 In ‘Grief’, solitary gures brood in tearful silence. Loosely based on the style of American aristocracy in the early 1960s, and more precisely, on the torment of Jacqueline Kennedy immediately after the assassination of her husband, these images blend historical detail with staged emotions.

“My inspiration was a photo book about the Kennedy dynasty, the 20th Century’s version of Camelot, with Jackie and other upper class ladies leaning on a couch in the White House. You see that behaviour of the women in the pictures is more liberated, showing in a new era. They are drinking, smoking, hair getting looser, looking glamorous.”

Frozen in cropped close-ups which alternate with the same gures in wide-angle interior shots, Olaf’s models are given the names of post-war American high society—Barbara, Caroline, Irene, Margaret, Sarah, Victoria, and the ice-princess herself, Grace. The clothes they wear are made from brocaded fabrics in the delicious, succulent colours of mocha, cream and chocolate. The single white male in the series, a solemn prince of industry, is christened Troy.

The grieving “widows” are discreet in their solitude. Screened from the world outside by gauze curtains, they seek privacy. Even when alone, they sit in proper, lady-like poses, their knees pushed together. They seem trapped by etiquette and protocol, in rooms as anonymous as ambassadorial residences or hotel suites. With brittle hair and red eyelids, Olaf’s models cry the same glycerine tears as those in mass-produced pictures of crying gypsy children. His subjects, however, are Nordic blondes and aching beauties.

“Grief’ is a series about the choreography of emotion, and what you can create in the studio”, explains Erwin Olaf. “So I wanted to ask the question: how does grief really look? What is the aesthetic of grieving? In my portrait of Grace, even though you don’t see her face, the way she is standing with her head tilted, how she looks out the window, the way the handkerchief is crumpled in her hand, tells a story. It’s the same as when you watch a movie. You might start to cry, even though what you see is fake.”

“As with ‘Hope’ and ‘Rain’, I was interested in capturing the moment between action and reaction. I wanted total isolation for the gures, to be able to zoom in on the sense of occasion. I wanted to focus on the character.”

In these photographs, Olaf plays games with the idea of cold reality versus cruel artifice, capturing that precise moment when innocence, hope and joy are lost. 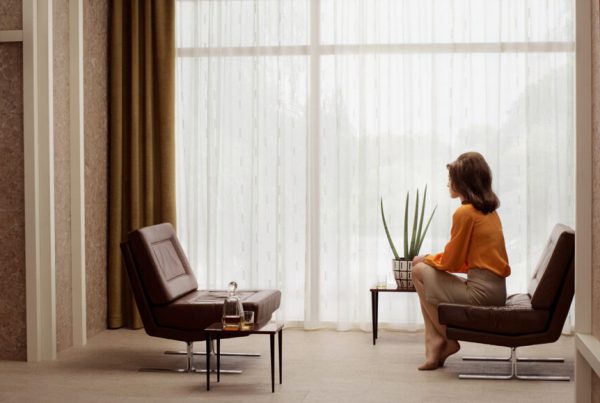