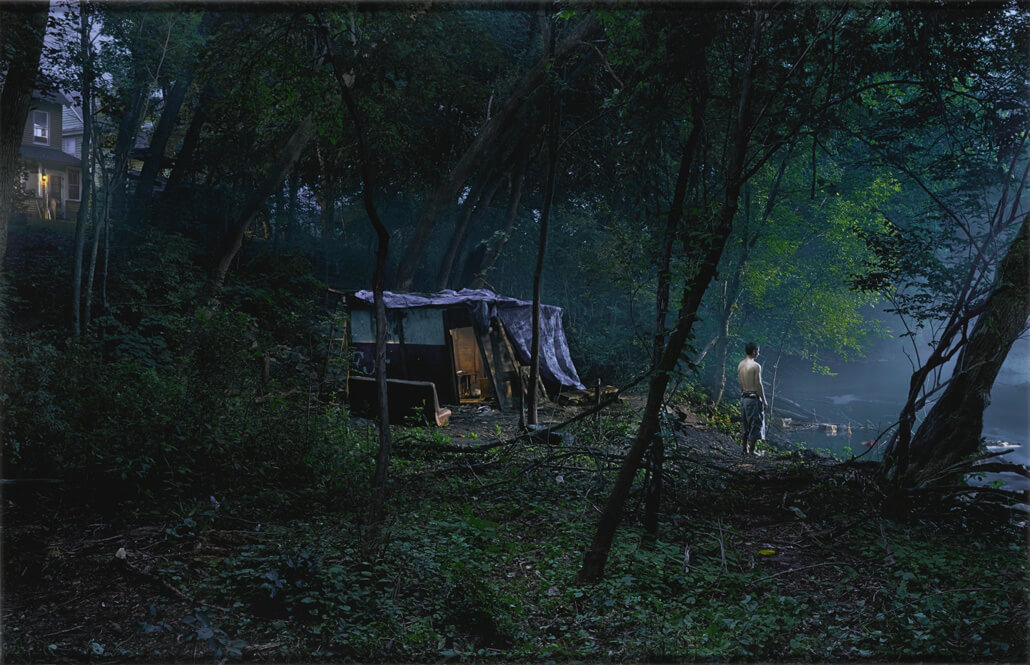 In suburban settings or on elaborately detailed sets of American homes, interiors, and neighborhoods, Gregory Crewdson stages haunting, cinematic photos of alienation and eerie quietude. “I’ve always been interested in wanting to construct the world in photographs,” he has said. Crewdson’s work combines the documentary style of William Eggleston and Walker Evans with a dreamlike quality reminiscent of such filmmakers as Stephen Spielberg and David Lynch. Yet unlike those directors, Crewdson is compelled by how the still image freezes time and sets limitations, “like a story that is forever frozen in between moments, before and after, and always left as a kind of unresolved question,” he describes. His quietly disturbing American settings, with their immaculately staged lighting and somber, solitary figures, are often seen as functioning in conversation with the works of Edward Hopper.

Beneath the Roses was an exhibition of twenty new large-scale photographs by Gregory Crewdson. In these pointedly theatrical yet intensely real panoramic images, Crewdson explores the recesses of the American psyche and the disturbing dramas at play within quotidian environments.

In Beneath the Roses, anonymous townscapes, forest clearings and broad, desolate streets are revealed as sites of mystery and wonder; similarly, ostensibly banal interiors become the staging grounds for strange human scenarios.

Crewdson’s scenes are tangibly atmospheric, visually alluring and often deeply disquieting. Never anchored precisely in time or place, these and the other narratives of Beneath the Roses are rather located in the dystopic landscape of the anxious American imagination.

These works fall into the tradition of classic American genres that explore the conflation of theatre and everyday life.

Untitled (The Fort)
From the series “Beneath the Roses” 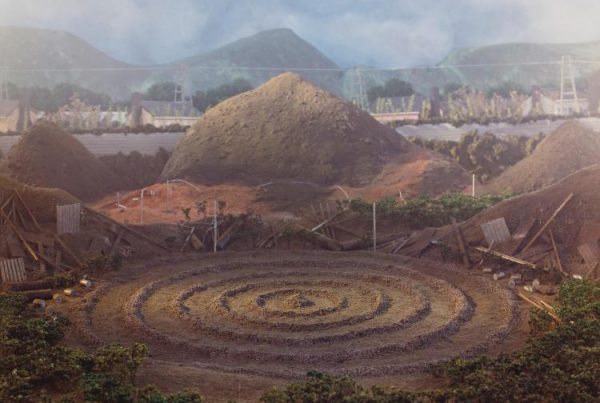 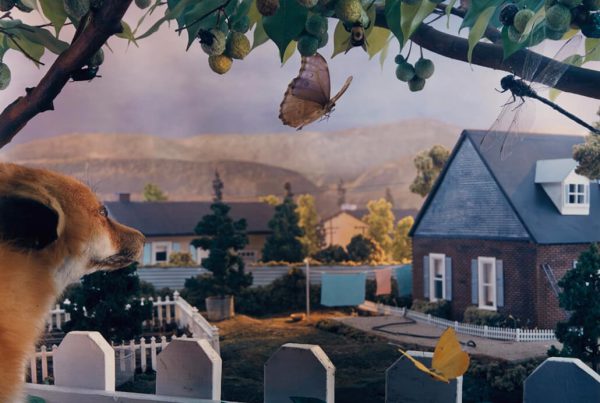