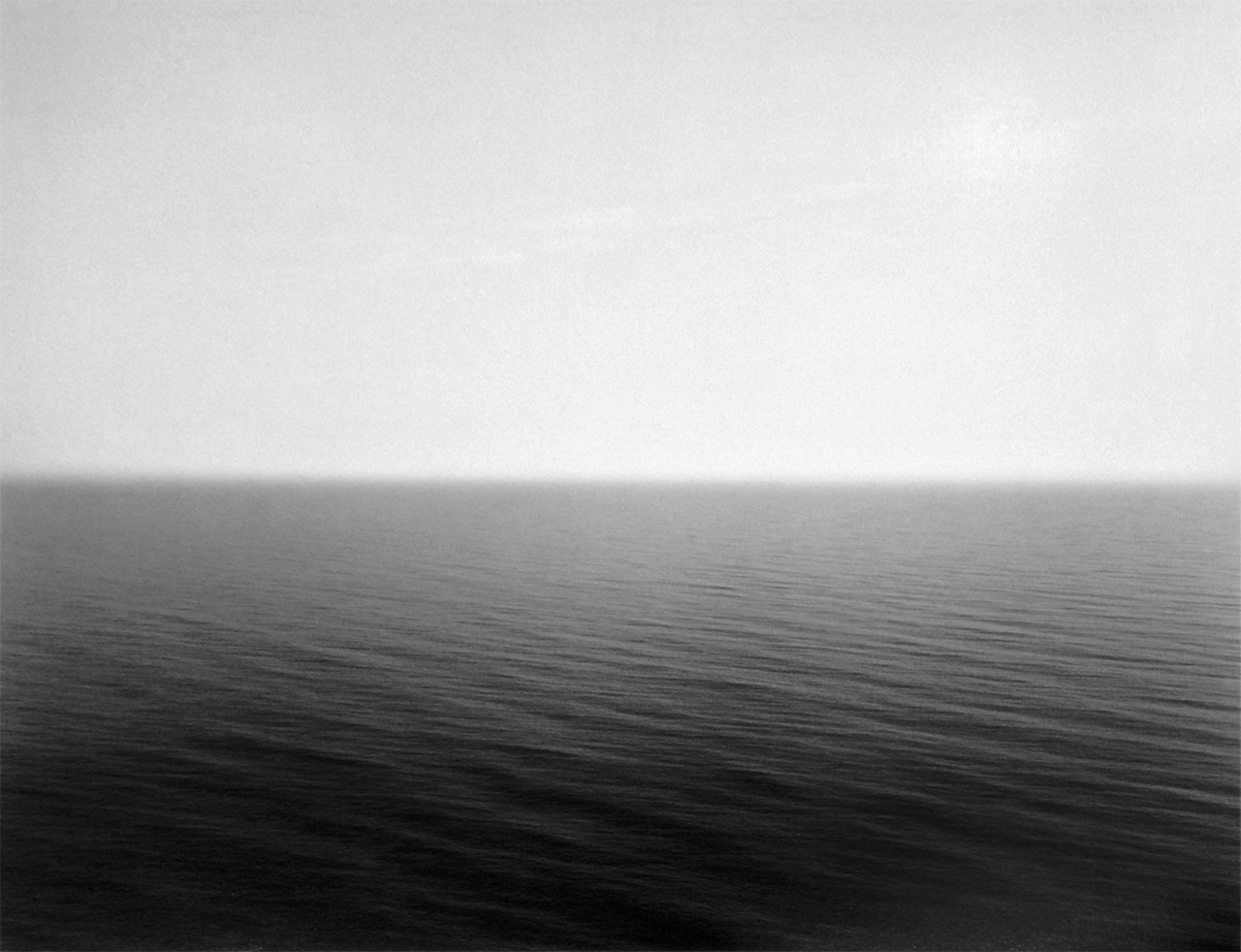 For more than thirty years, Sugimoto has produced series of highly refined black and white photographs. His subjects, which include movie theaters and drive-ins, natural history dioramas, waxworks, and seascapes, provoke fundamental questions about the relationship of photography and time while exploring the mysterious and ineffable nature of reality.

In 1980 he began working on an ongoing series of photographs of the sea and its horizon in locations all over the world, using an old-fashioned large-format camera to make exposures of varying duration. These seascapes are as much about the nature of photography as nature itself. They fall into several basic types: clear dayscapes with crisp, absolute horizons dividing bright, blank skies from dark water; foggy dayscapes where sky and sea merge atmospherically; nightscapes, in which sky, water, waves, and horizon register as so many degrees of black; and dawnscapes shot deliberately out of focus, where sunpaths spill from misty horizons, rendering the candor of photographic vision as pure impressionism.

By returning to the same subject repeatedly, he reveals the subtleties that he finds in the primordial sea, site of the origin and emergence of life as well as of eternal continuity.

Water and air. So very commonplace are these substances, they hardly attract attention―and yet they vouchsafe our very existence. The beginnings of life are shrouded in myth: Let there water and air. Living phenomena spontaneously generated from water and air in the presence of light, though that could just as easily suggest random coincidence as a Deity. Let’s just say that there happened to be a planet with water and air in our solar system, and moreover at precisely the right distance from the sun for the temperatures required to coax forth life. While hardly inconceivable that at least one such planet should exist in the vast reaches of universe, we search in vain for another similar example.

Mystery of mysteries, water and air are right there before us in the sea. Every time I view the sea, I feel a calming sense of security, as if visiting my ancestral home; I embark on a voyage of seeing.