No Lifeguard on Duty Series

For this stunningly calm and exotic series, J Bennett Fitts uses the qualities of light to create a unified vision of a man-altered landscape: abandoned pools.

J Bennett Fitts has traveled over 20,000 miles around the United States from Salton Sea, California and the Southern California Inland Empire to Arkansas and West Virginia to photograph relics of America’s roadside past. He expresses the contrast between the of the period when these motels were new and attracted the Great American family touring the U.S.A. and their modern state: attracting only budget travelers and sites for prostitution and drug use, perhaps even manufacture.

Although there is this residual documentary quality to the photographs, they are not meant to record stories or even the visuals of an architecture that some might even want to restore and preserve. Fitts’s works show a stylized environment that now seems almost completely abstract as if no one could ever have inhabited these spaces. The circular and often atomic shapes of the empty or abandoned pools are set against the linear or cubistic forms of the adjoining or containing closed or sealed motel structures.

Another element to Fitts’s work is the elusive subject of all photography: time. The series documents attitudes toward the time of day or times of life and taps these deep feelings snatched from a moment of life or the life of created objects in the environment and preserves them in photographs of gritty elegance. Each photograph in the series rewards the viewer with the oddities and quirks of Fitts’s vision.  Melancholy is projected by each photograph: these are all now objects from a bygone era.

No Lifeguard on Duty Series 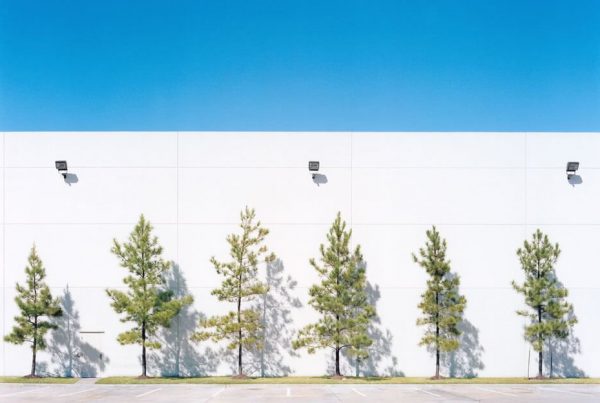 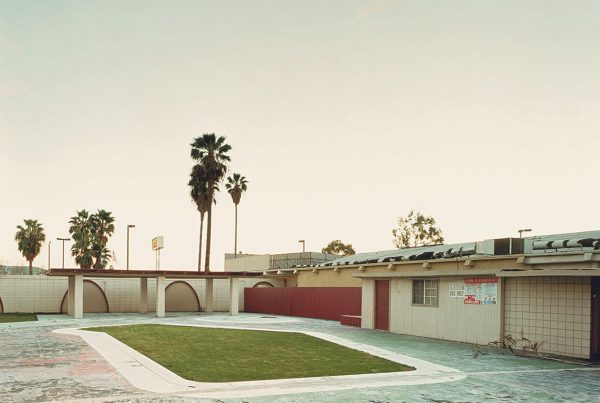 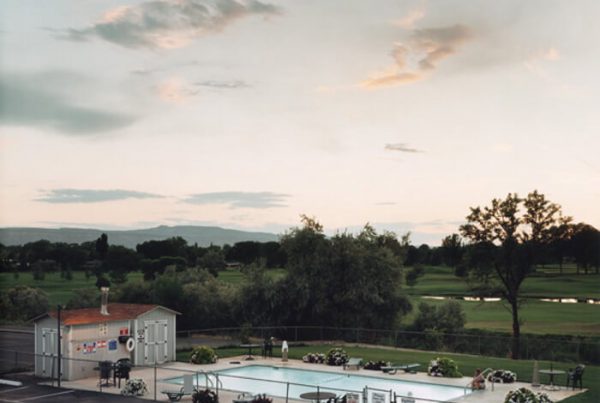 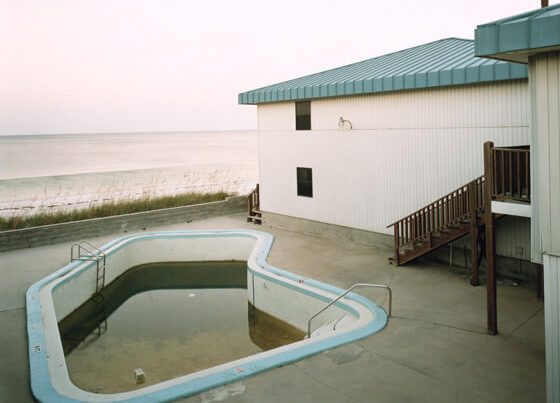