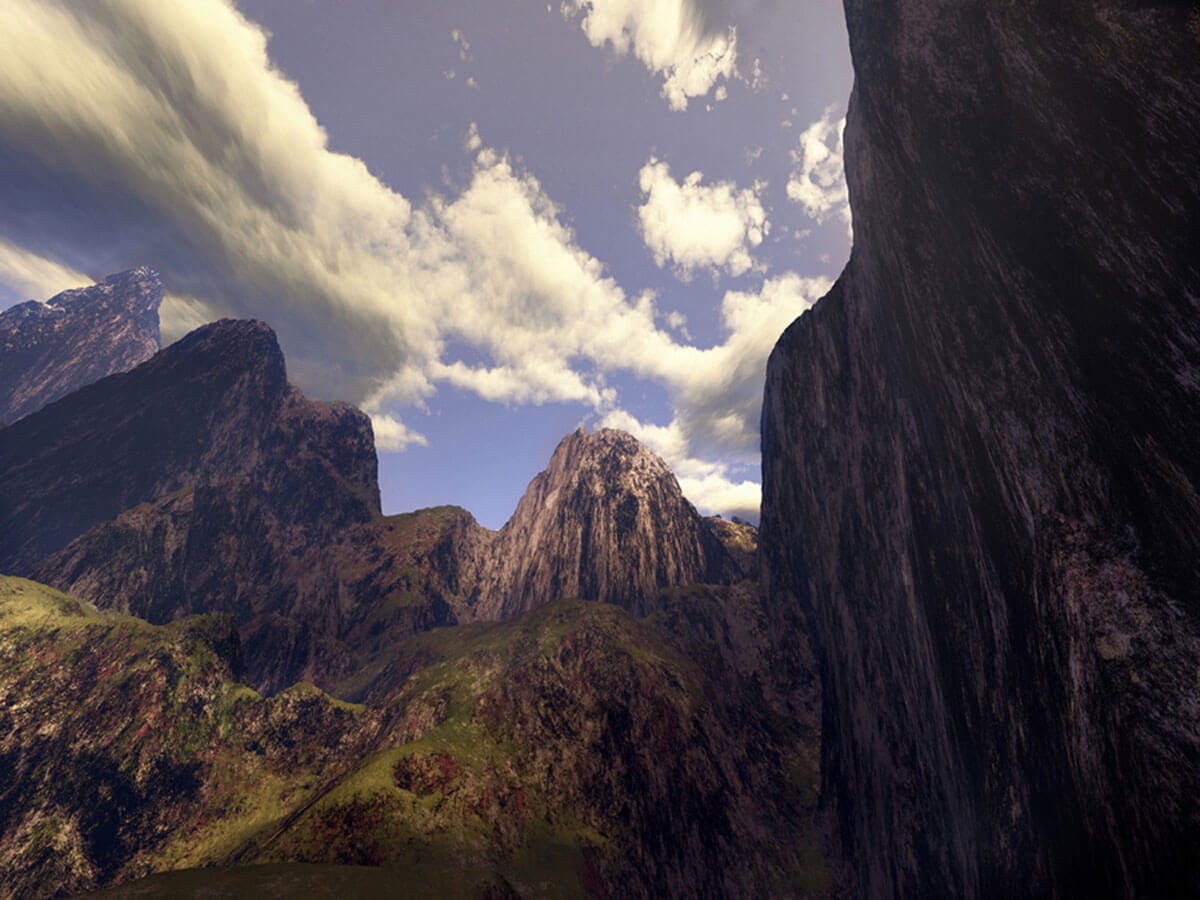 One of Spain’s most prominent and innovative artists, Joan Fontcuberta is best known for exploring the interstices between art, science, and illusion. Where science reaches its limits in his works, the imagination frequently finds a creative space in which to flourish. In Landscapes without Memory, Fontcuberta has co-opted a piece of computer software originally designed for military or scientific use in rendering three-dimensional images of landscapes. The software enables the user to build photo-realistic models based on information scanned from two-dimensional sources—usually satellite surveys or cartographic data. The result gives the user the illusion of navigating in three dimensions which had previously been visualized only as a flat image. With this widely available “freeware” as his starting point, Fontcuberta has created the two series that constitute his Landscapes without Memory. In the “Landscapes of Landscapes” series, Fontcuberta feeds the software fragments of pictures by Turner, Cézanne, Dalí, Stieglitz, Weston, and others, forcing the program to interpret a variety of landscape masterworks as “real.” The contours and tones of these painted and photographic landscapes are transformed into three-dimensional mountains, rivers, valleys, and clouds. The vocabulary of art is thus transmuted into that of cartography. In the “Bodyscapes” series, Fontcuberta uses the same software to reinterpret photographs depicting fragments of his own body. The result? A wild, baroque, virtual- fantasy world. While referring to the contemporary exchange between illusion, nature, culture, and technology, Landscapes without Memory also makes a pointed gesture aimed at fooling that epitome of machine rationalism: the computer.

Joan Fontcuberta, who was born in Barcelona in 1955, teaches at the Audiovisual Communication School at the Pompeu Fabra University in Barcelona. Widely exhibited internationally, he has had solo exhibitions in the U.S. at the Museum of Modern Art, New York, and the Art Institute of Chicago, among other venues.