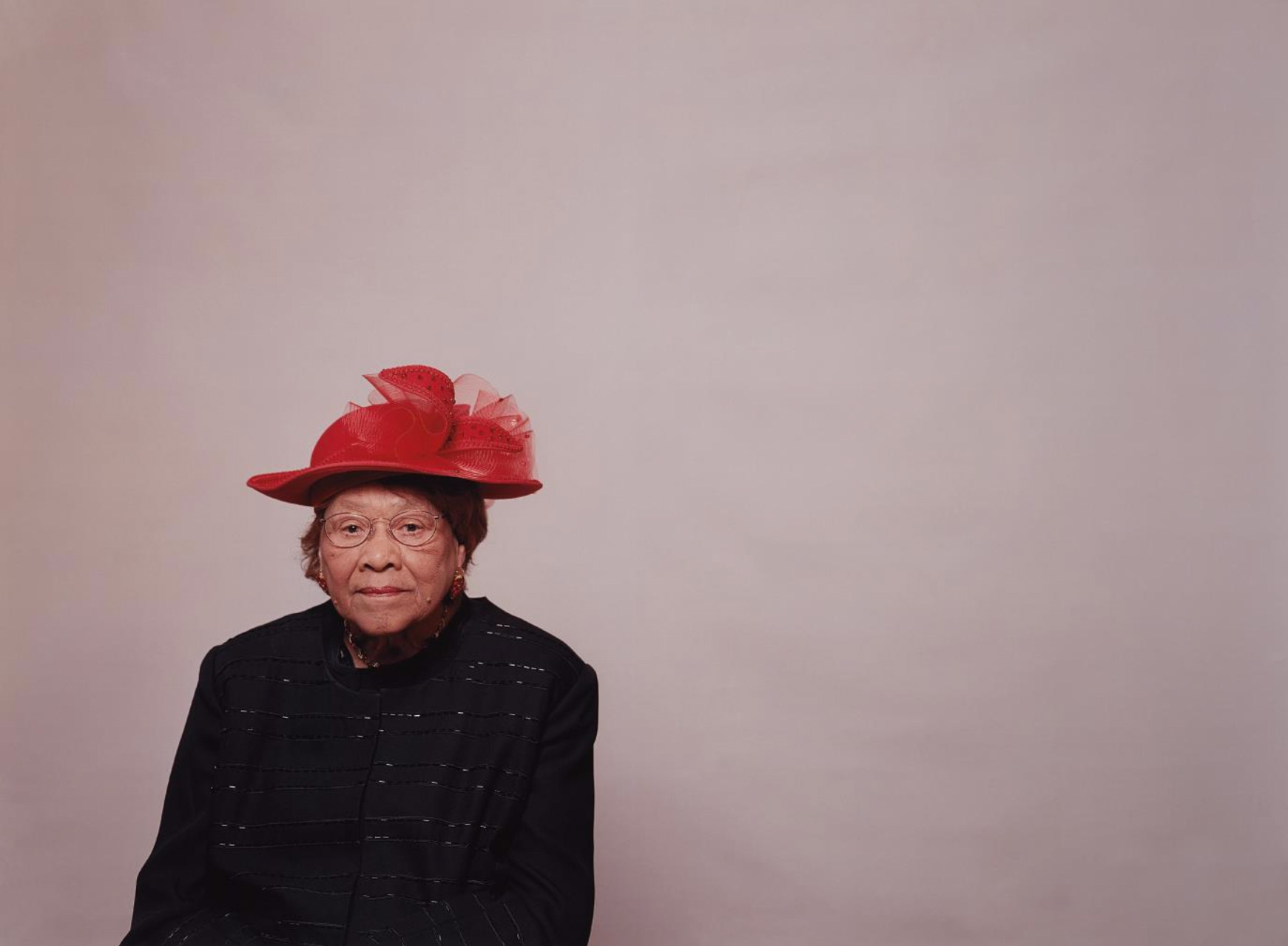 The Hat Ladies, focuses on a group of women who belong to the same Baptist church. Moos set her studio up in the hallway of the church every Sunday for two months and photographed the women in their elaborate Sunday hats. The hats have a formal rivalry of their own. Yet the major tension in these photographs arises from the coded and structured sub-culture of the sitters whose elaborate fashion stands wholly apart from the predominantly white artworld.

The framework of the visualization is familiar–formal variation (clothes, posture, facial characteristics) within a serial format (background, spacing, placement)–but the objectivity of this passport-style photography is replaced by notions of community, history, and the subjective reality of the viewer.

Julie Moos (born 1966) is a Canadian photographer and art writer. Moos’ work was included in the 2002 Whitney Biennial at the Whitney Museum of American Art in New York and curated by Lawrence Rinder. Moos’s work has been shown at the Birmingham (Alabama) Museum of Art, the Honolulu Museum of Art Spalding House (formerly known as The Contemporary Museum, Honolulu), the Mint Museum of Art, Norton Museum of Art, the Renaissance Society of Chicago and elsewhere.