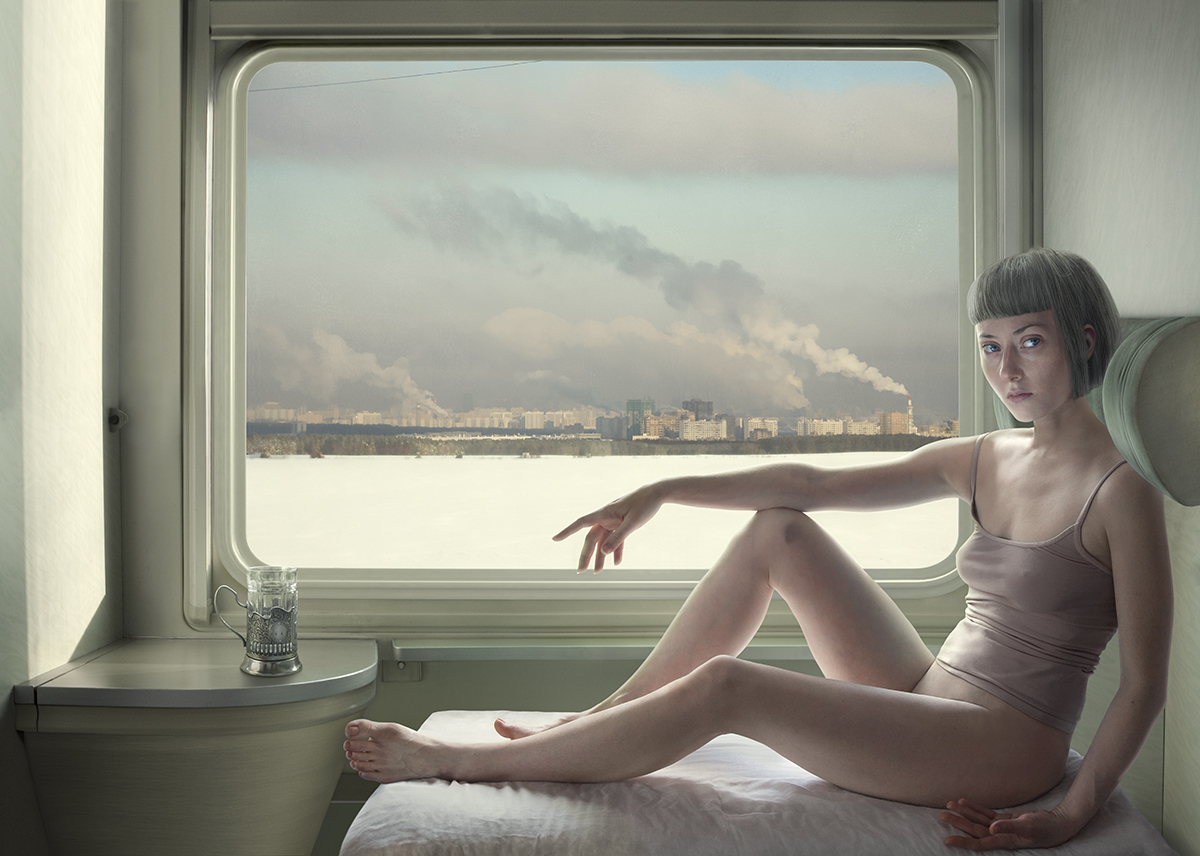 Early on Katerina Belkina knew about her exceptional talent to see the world through different eyes. Born in Samara in the southeast of European Russia, she was brought up in an creative atmosphere by her mother, a visual artist.

Her education as painter at the Art Academy and from 2000 at the school for Photography of Michael Musorin in Samara gave her the tools to visualize her ideas. Exhibitions of her sublime, mystic self-portraits ensued in Moscow und Paris.

In 2007 Katerina Belkina was nominated for the prestigious Kandinsky Prize (comparable to the British Turner Price) in Moscow. Recently she got the Hasselblad Masters Prize. Currently she lives and works in Berlin.

The city offers no home, it does not connect but isolate individuals. It is sterile and artificial and makes its dwellers empty inside, generating loneliness and anxiety. The bigger the city, the greater the human loss. The artist reflects this by choosing the Moscow metropolis as reference, a place she has lived and worked in for many years, an environment of suffocating skyscrapers, towers, chimneys and trains.

It is interesting that in the series the main character is depicted in front of a window, a fragile delimitation between the exterior – the urban landscape – and the inner world, which bears the marks of the city.

I see the city as something independent, living and nonliving at the same time, like artificial intelligence. It attracts, fascinates. Besides, it is void, if it’s without people.
Sometimes we feel the same emptiness inside. We want to fill it, but we are wrong, and we fill the empty spaces outside. We fill apartments, houses, cars, neighborhoods, cities and so on. And we begin to understand, that all our accomplishments are an illusion, and material goods – imaginary. We feel very lonely ourselves. And just then we start to think that we are in the wrong place.

The Flight
From the series “Empty Spaces” 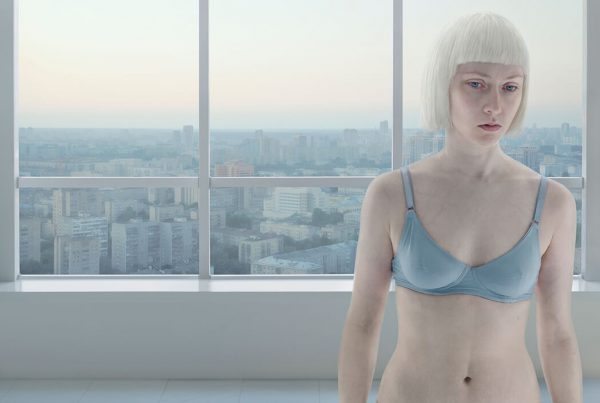 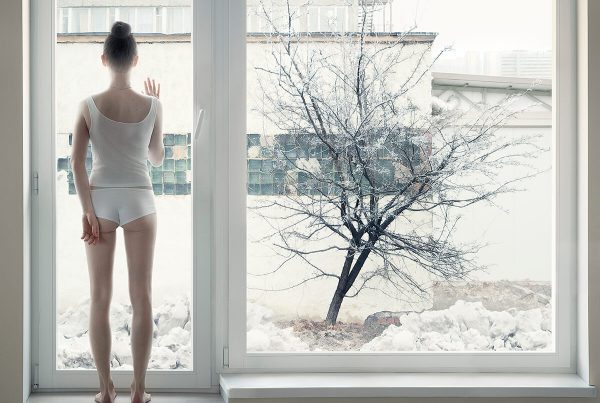 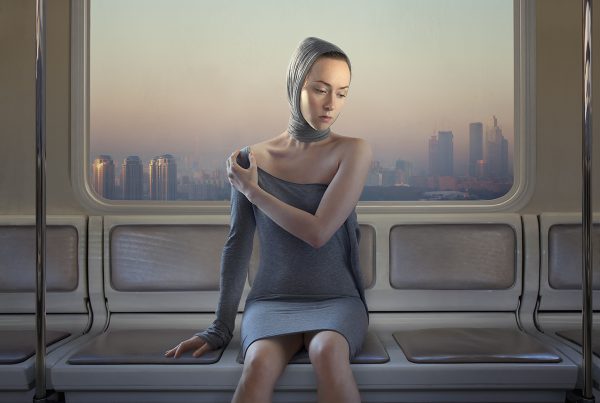