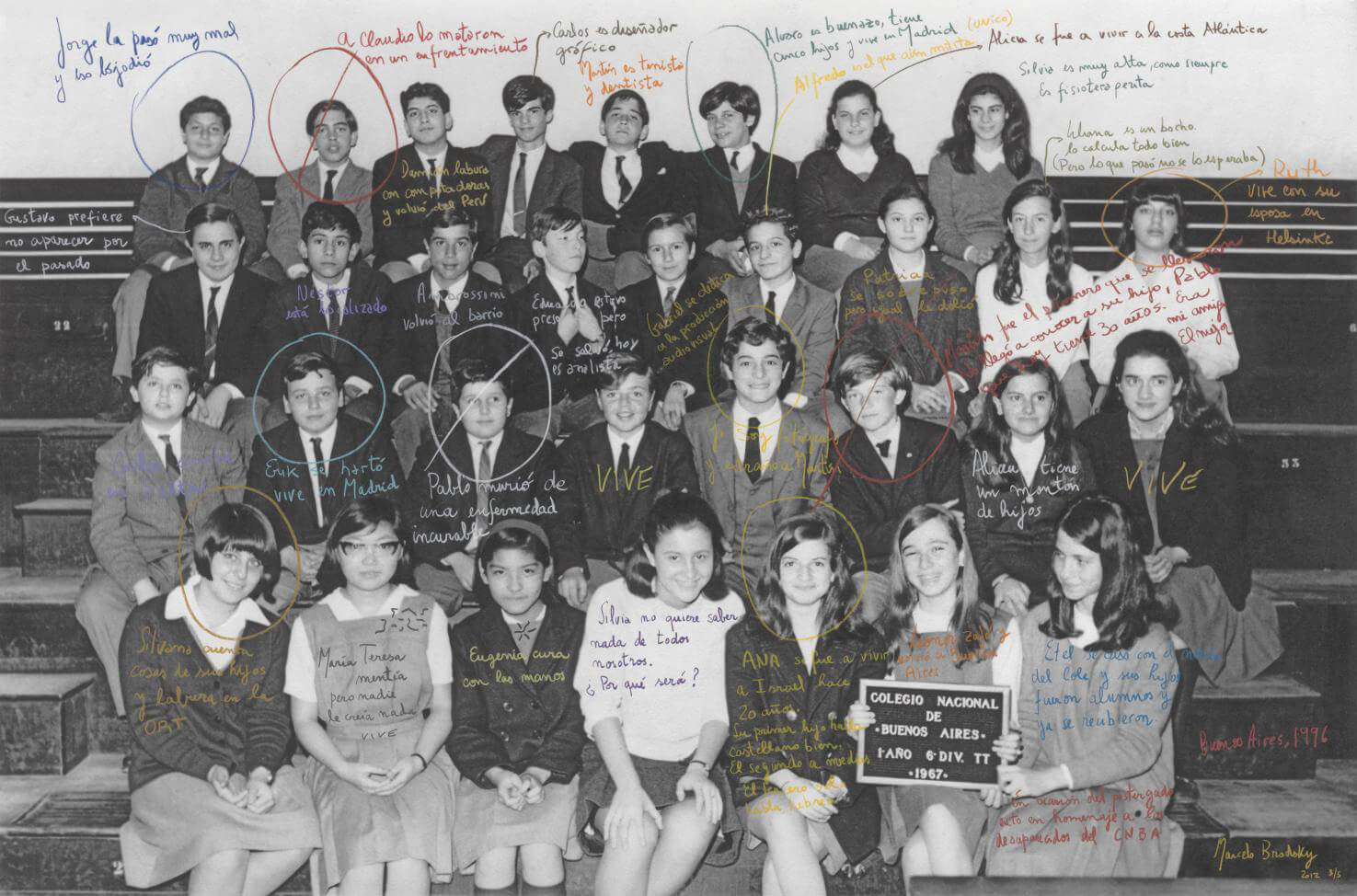 Marcelo Brodsky (1954)  is a conceptual artist and Human Rights activist who uses photography to intervene in the ongoing debate about Argentina’s Dirty War (1976-1983). Framed by trauma and its theory his visual essays engage critically with an international network of memory projects.

Brodsky’s work combines printed text with photographs, and his own photography with that of others, in an attempt to analyse Argentine social history relating to repression. Using the frozen image he aims to reinstate the ‘disappeared’ in the collective memory of a nation. Brodsky’s two seminal photographic projects are Buena Memoria, 1997 and Nexo, 2001.

The Buena Memoria Project is based on a graduation class photograph of students in 1967 at the Colegio Nacional de Buenos Aires. Many of the students disappeared because of their political involvement, including Brodsky’s brother. Buena Memoria is an attempt to recover not necessarily a suppressed memory, but a memory that has slipped away.

The Dirty War did not only contribute to the disappearance of individuals, it also forced many people into exile and severed them from their roots. During his own years in Spain, Brodsky became concerned with the topic of memory and how to record repression and exile.

Marcelo Brodsky’s work is included in important national and international collections such as: National Museum of Fine Arts, Buenos Aires; Modern Art Museum, Buenos Aires; Tate Modern, London; The Bibliothèque Nationale de France, Paris; The Center for Creative Photography, Arizona. He has represented Argentina in several international biennials and has been awarded with many distinctions, especially for his work with Human Rights. 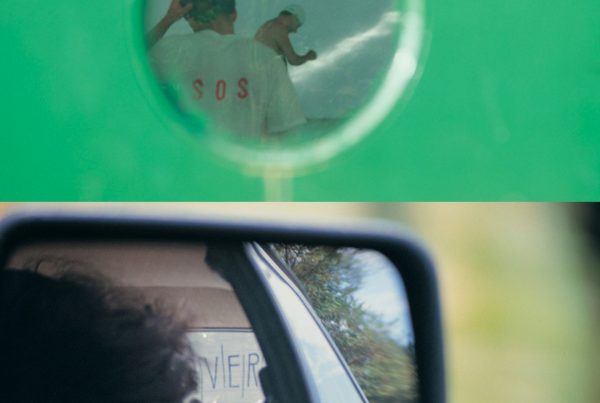 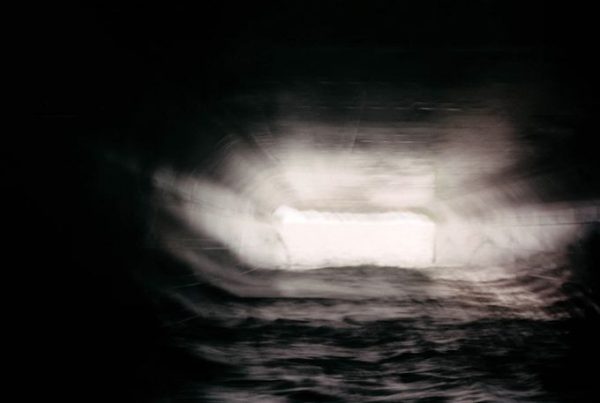 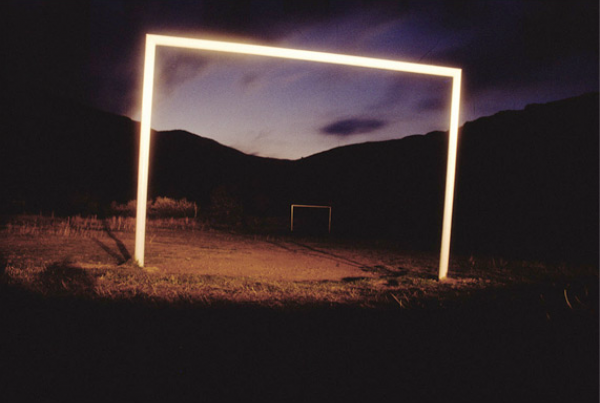