Variations on a Homogeneous Landscape 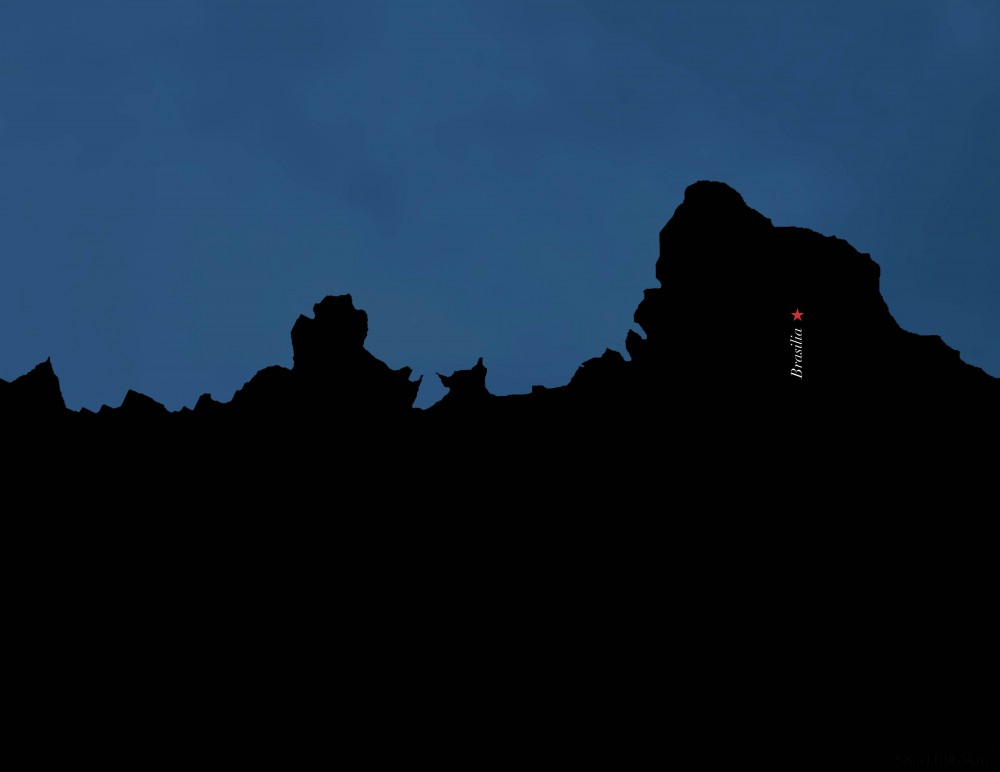 Cartography relates to art because both recognize a desire to display the world’s peculiarities and let them speak. Cartography as a method is riddled with possibilities. In the beginning, it was addition; drawings of natives, animals, and plants were included on maps. Later, it became a frankly propositional exercise, the result of an interpretation of the world. Svetlana Alpers, one of the most important specialists in seventeenth-century history, said that maps were never a view in the manner of Italian art but a surface on which a recomposition of the world was unfurled. And that’s exactly the case with Milena Bonilla’s cartographies: they propose a description of the world. She redraws countries with a new intention. They show the map of the world in a state of repose, impossible to interpret. It turns out that today’s map is determined by flows: the money of the multinational corporations, political power, conflict zones, or ecological changes on the planet. To be a cartographer today is to assume a political position.

To apply a new question to a conventional way of thinking is a way to make worlds. This was one of the cartographic methodologies proposed by Bonilla’s recent exhibition. For example, what happens if one selects, from Bogotá, the names of neighborhoods that relate to pain and to pleasure and builds new routes? The painful ones were marked in purple and the pleasurable ones in a pinkish hue, joining La Soledad with Las Cruces and Los Mártires, or El Tesorito with Las Delicias and La Belleza. This built a map with displaced conventions that nonetheless revealed atavistic structures. These were the Propuestas para una Cartografía local: desplazamientos emocionales. Another example of local cartography, this time with environmental displacements, was a map with place names that referred to nature and the natural, confronted with a man-made nature. This map allowed one to tour such Bogotá neighborhoods as El Castillo, La Granja, and Techo, names that indicate a man-made environment and were marked in blue, or El Jazmín, Los Laureles, and La Pradera, names that are ‘more natural’ and were in green. These cartographies were, recalling Barthes, a ‘pensive’ proposal. That is, they drove the viewer to connect his or her daily routes in a more desirous, painful, bucolic, or historical way.

One must not forget that the street names of Bogotá were from colonial times based on the Spanish imagination. Later, in the Modern era, the streets were numbered and disappeared in the local narrative. But there are many stories to tell, and they reappear when a different question is posed about the world. To move, then, is to change perspectives.

The issue in Variaciones sobre un paisaje homogéneo was precisely that of applying a new perspective to the ‘official’ map. This work was composed of maps based on those by Richard Buckminster Fuller, the American architect and environmentalist. One of his maps described the continents as projected from the poles. Milena Bonilla unfolded this map and made a horizon line with the perimeters of all the countries of the world joined together. The result was a horizon with the shapes of the coasts on a blue ocean, a map without political division, a utopian map that only drew the relationship between sea and land.

The artist applied the same method to a map of the Americas. As in the previous case, the countries’ perimeters formed an uneven line against a plane that was blue like night, one that presented intense, invisible orange glows. On that line, a red dot stood out: Bogotá. Bonilla said: The color plays with the idea of the nightscape, with the mountains in Bogotá between 6:30 and 7:00 pm. What I built is a horizontal composition with the borders of the twenty-seven countries of the Americas, and they appear in a single landscape, as if continuity was not given by those borders but really by the mountains and land features.

In Territorio anónimo, videos portrayed a densely populated Bogotá corner at which a character stood still, highlighting the lines of movement of thousands of pedestrians passing by. Some stopped near this character and a viewer, Bogotano until the end, suspected some sort of illicit transaction. In Intentos para definir un territorio, Bonilla asked visitors to the gallery to draw the map of Colombia. The result was a collection of maps in thousands of shapes, some resembling weapons or doves’ maps that translated the country’s imagination. This show was about cartography and about borders, which for Bonilla are imaginary lines and as such can be in the service of repeating and separating or drawing new territories.

Variations on a Homogeneous Landscape