Aldridge’s images of beautiful women placed in a hermetically sealed parallel universe of luxury are both thrilling and unsettling. Executed with the precision of a Hollywood movie, their power derives from the tension created between exterior perfection and internal turmoil.

Aldridge has said about his work, “A slightly uncomfortable quality is what I’m after. I don’t feel like making happy pictures about beautiful models being content… these pictures… they’re pictures of humans not mannequins. They’re troubled, wounded and confused, questioning who they are now that they have everything they want.”

In this project, Aldridge has contrasted blocks of pure colour applied using silkcreen printing against his iconic images creating a whirling, colour-filled journey through Aldridge’s strange and cinematic world.

Born in London in 1964, Aldridge studied illustration at Central St Martins and briefly directed music videos before becoming a photographer in the mid-90s. He has published his work in many influential magazines including Vogue Italia, Numéro, The New York Times and The New Yorker. His work was showcased in Weird Beauty at the International Center for Photography in New York in 2009 and he has works in the permanent collection of the National Portrait Gallery, London and the Victoria & Albert Museum, London. 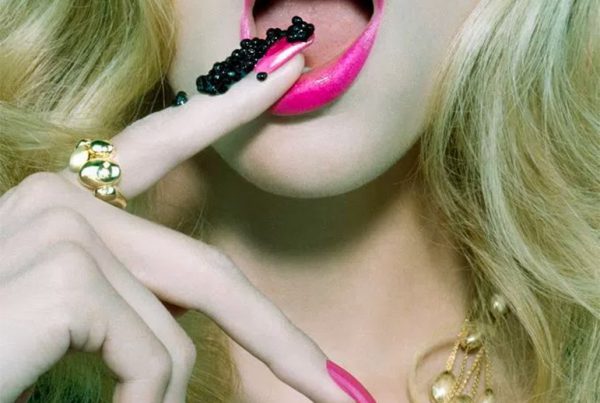