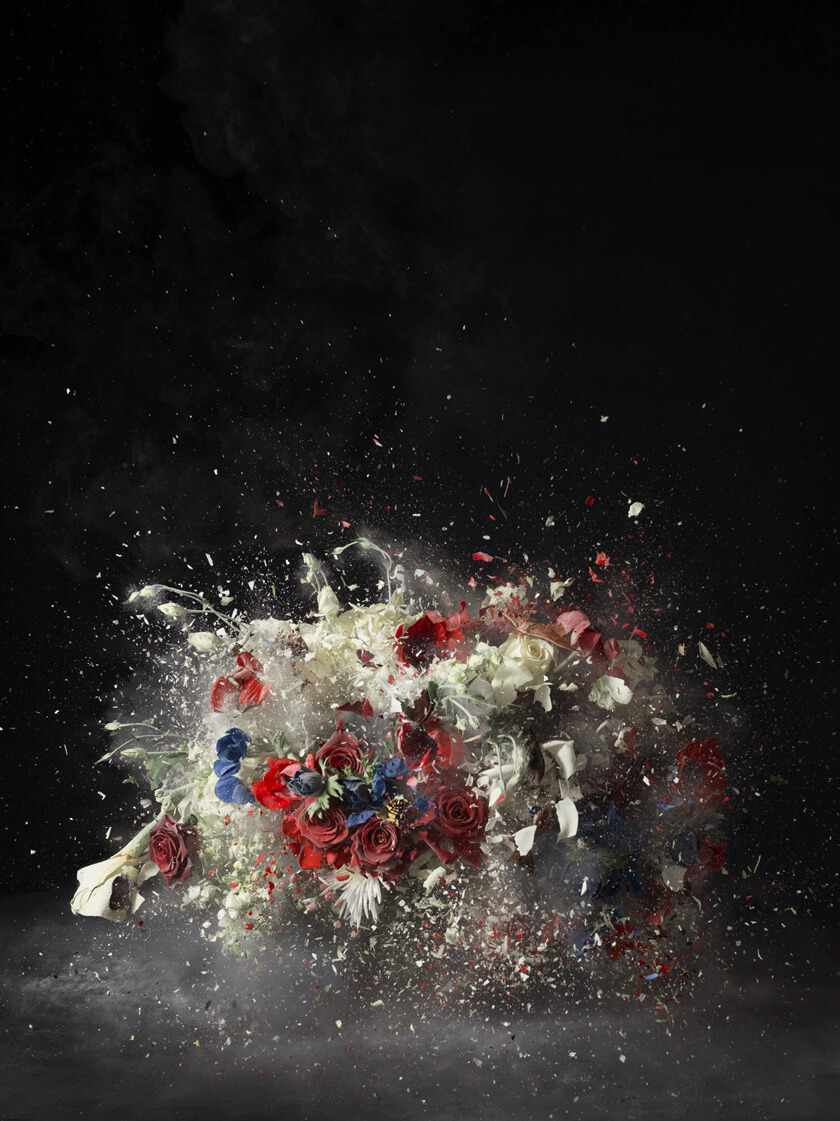 Photographer and video artist Ori Gersht turns his lens on sites of collective trauma, violence, and loss, examining the powers of time and landscape to preserve and erase history. His subtle, quietly beautiful photographs and videos taken in Bosnia, Auschwitz, Ukraine, and Hiroshima infuse seemingly normal landscapes with an eerie aura that hints at the location’s past. In a recent series of works, which includes Blow Up: Untitled 5 (2007), Gersht has imagined the confluence of technology and artistic production at its logical extremes, reconstructing classic still life compositions of flowers and fruit only to explode them and capture the moment of destruction with a high-speed camera.

Gersht’s works have been in numerous major institutions including the Guggenheim, New York; the Hirshorn Museum, Washington D.C.; Bass Museum of Art, Miami; the J. Paul Getty Museum, Los Angeles; and the Victoria & Albert Museum, London, among many others.