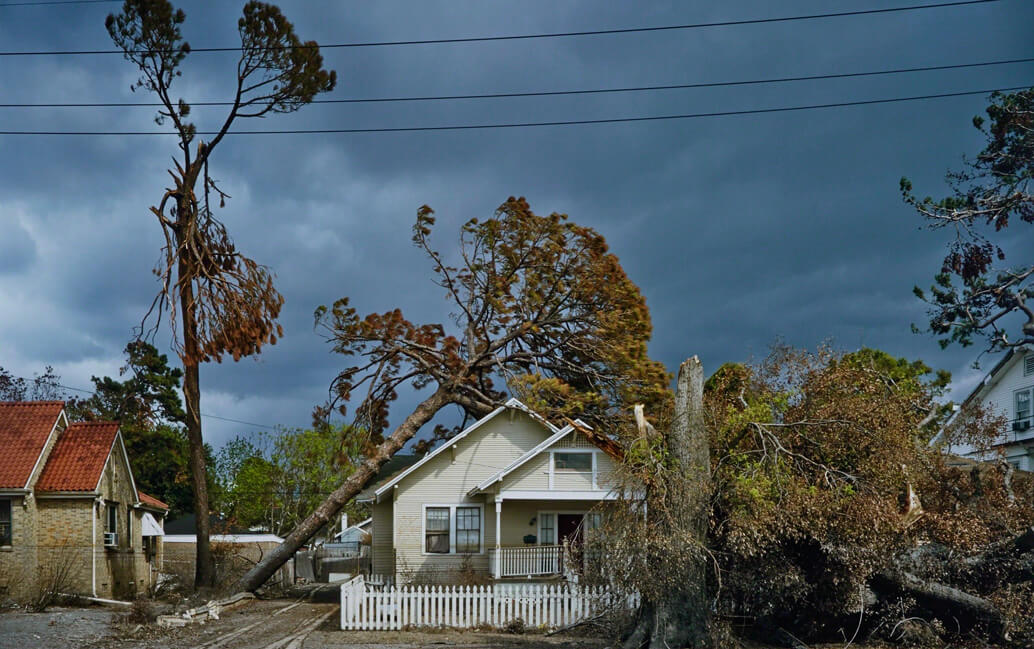 Polidori covered the devastation caused by Hurricane Katrina in the days after its landfall in 2005, a direct hit on New Orleans where he lived for a short time as a child. Virtually destroyed, the low-lying areas of the city were captured with his large format camera, the resulting images enduring long after the city emerged from the ruins.

Robert Polidori is one of the world’s most acclaimed photographers of human habitats and environments. Creating meticulously detailed, large-format color film photographs, Polidori’s images record a visual citation of both past history and the present times within the confines of a single frame.

Born in Montreal, Polidori moved to the United States as a child. Polidori began his career in avant-garde film, assisting Jonas Mekas at the Anthology Film Archives in New York, an experience that critically shaped his approach to photography. While living in Paris in the early 1980s, he began documenting the restoration of Versailles, and has continued over a 30 year period to photograph the ongoing changes.

Polidori’s additional projects include Havana, Chernobyl, and the aftermath of the flooding post Hurricane Katrina in New Orleans. His current work deals with population and urban growth through photographing “dendritic” cities around the world, including Mumbai, Rio de Janeiro and Amman.