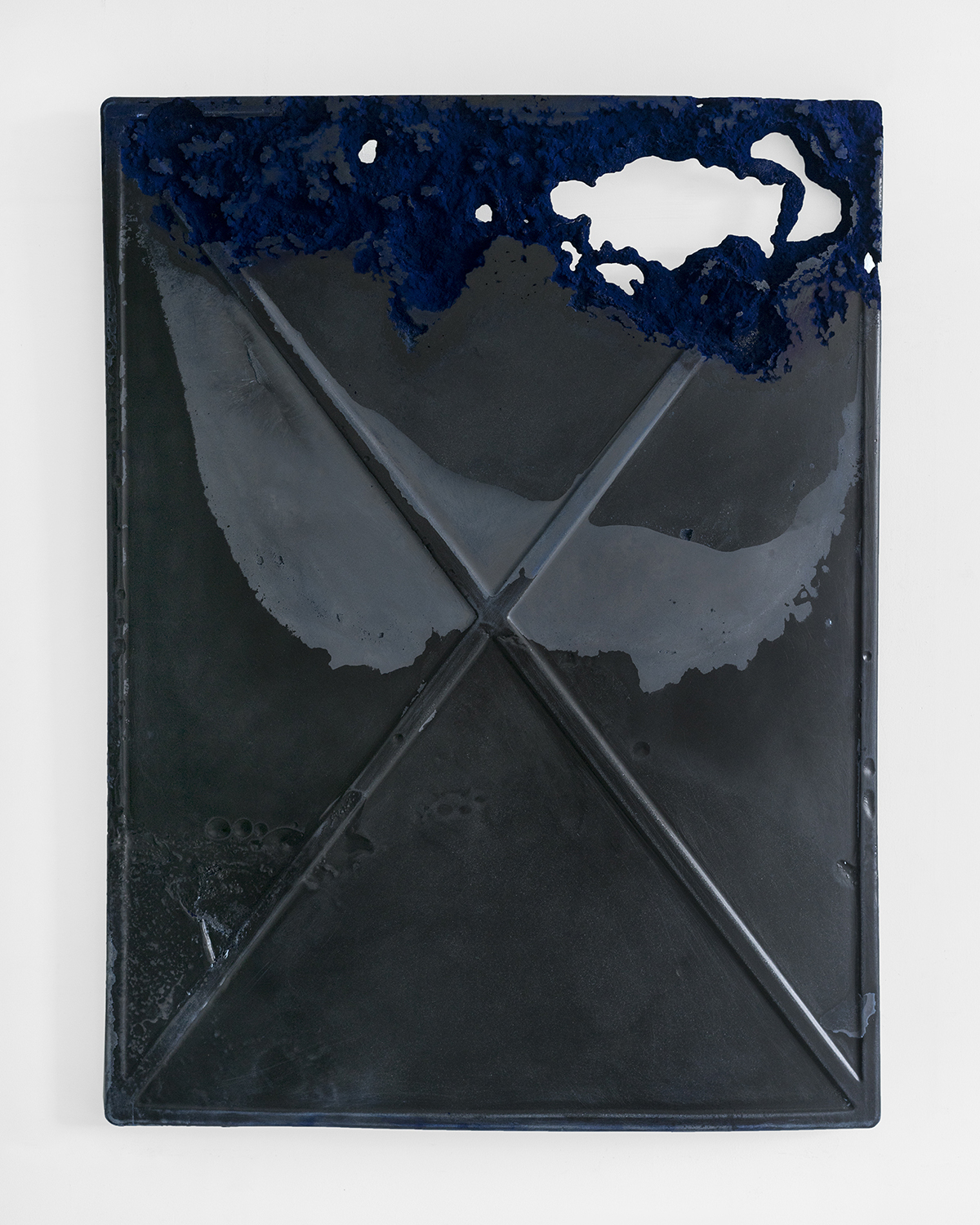 Recently I’ve spent time considering humanity’s cumulative impact on the environment. In particular, I have been focused on our production, consumption and waste of plastics.

I collect recycled and discarded plastics and use them as ready-made molds to create multiple casts. The casts reveal the minimal industrial markings of the containers they come from while also evoking imagery of erosion and fossilization due to the organic casting method and materials. The casts, which I refer to as Slabs, are made from pigment, marble and binder. The palette is suggestive of geologic materials such as coal, graphite, sulfur, marble, lapis etc.

While the modular format and industrial materials of the Slabs overlap with the history of Minimalism they also mimic the way plastics are produced, shipped and displayed.

This work imagines a future scenario about our environment; one which speculates about the kind of trace-evidence that will remain after a prolonged period of plastic waste. Perhaps our disposable and non-biodegradable containers will fossilize over time creating strange geological forms in the shapes of industrial mass-production.

: a broad, flat, somewhat thick piece of stone, wood or other solid material.
: a common structural element of modern buildings
: a gravestone that was laid over a grave