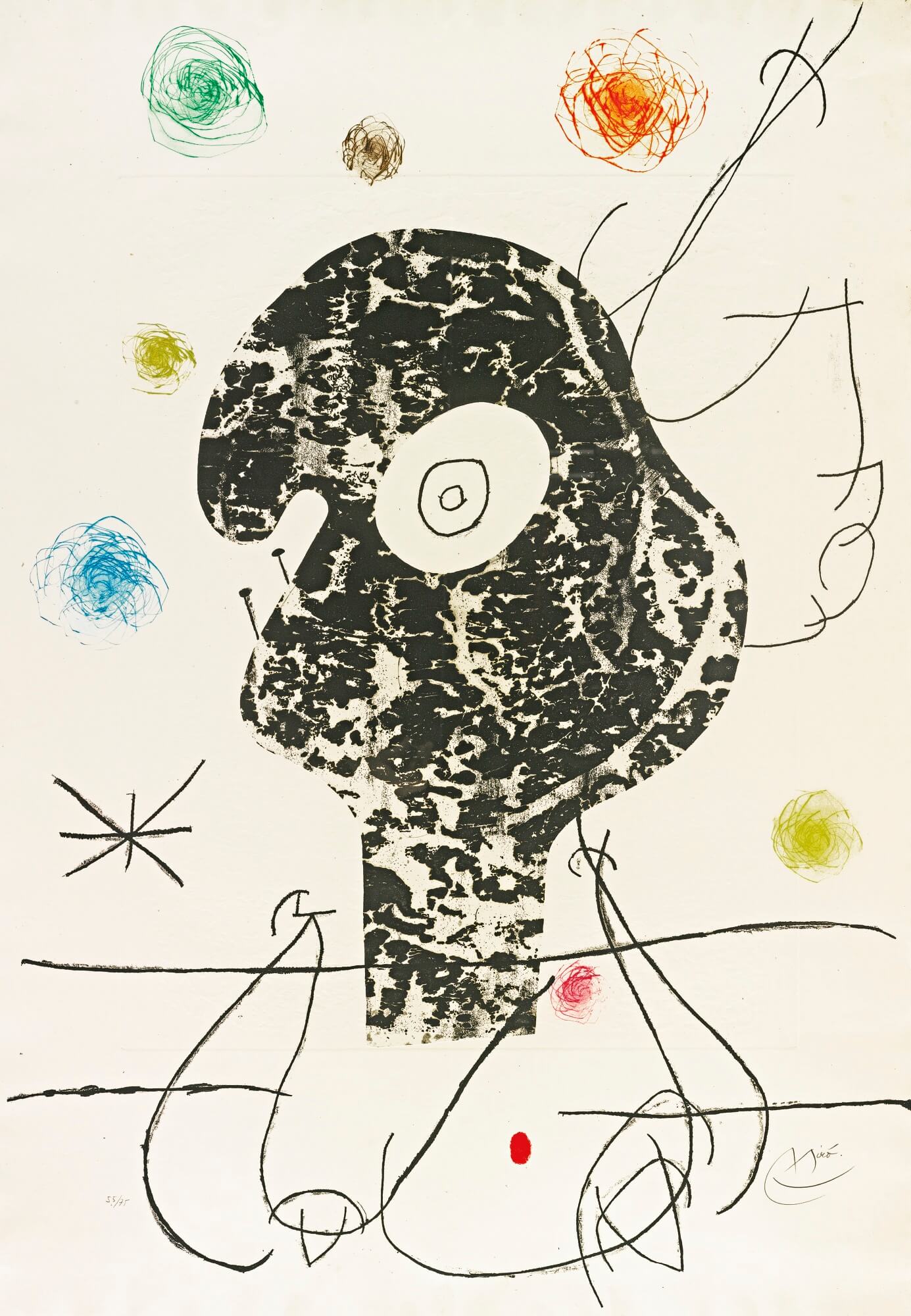 Early in his career, Miró primarily painted still-lifes, landscapes, and genre scenes. Influences ranging from the folk art and Romanesque church frescoes of his native Catalan region in Spain to 17th-century Dutch realism were eventually superseded by more contemporary ones: Fauvism, Cubism, and Surrealism captivated the young artist, who had relocated to Paris in 1921. His exposure to the ideas of André Breton and Breton’s Surrealist circle prompted Miró to make radical changes to his style, although the artist cannot be said to have identified consistently with a single school. Rather, his artistic career may be characterized as one of persistent experimentation and a lifelong flirtation with non-objectivity. Miró’s signature biomorphic forms, geometric shapes, and semi-abstracted objects are expressed in multiple media, from ceramics and engravings to large bronze installations.

Etching with Drypoint and Cement Imprint