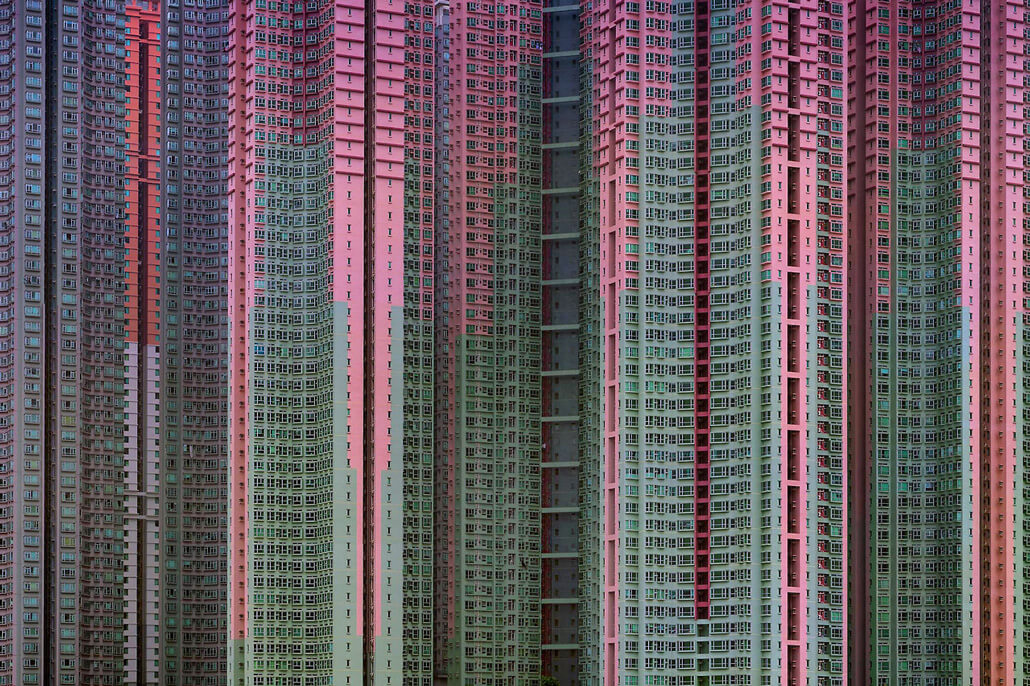 Michael Wolf has lived and worked in Hong Kong for ten years. Stimulated by the region’s complex urban dynamics, he makes dizzying large scale color photographs of its architecture.

One of the most densely populated metropolitan areas in the world, Hong Kong has an overall density of nearly 6,700 people per square kilometer. The majority of its citizens live in flats in high-rise buildings. In Architecture of Density, Wolf investigates these vibrant city blocks, finding mesmerizing abstractions in the buildings’ facades.

Some of the structures in the series are photographed without reference to the context of sky or ground, and many buildings are seen in a state of repair or construction: their walls covered with a grid of scaffolding or the soft colored curtains that protect the streets below from falling debris. From a distance, such elements become a part of the photograph’s intricate design.

Upon closer inspection of these large prints, the anonymous public face of the city is full of rewarding detail — suddenly public space is private space, and large swatches of color give way to smaller pieces of people’s lives. The trappings of the people are still visible here: their days inform the detail of these buildings. Bits of laundry and hanging plants pepper the tiny rectangles of windows — the only irregularities in this orderly design. 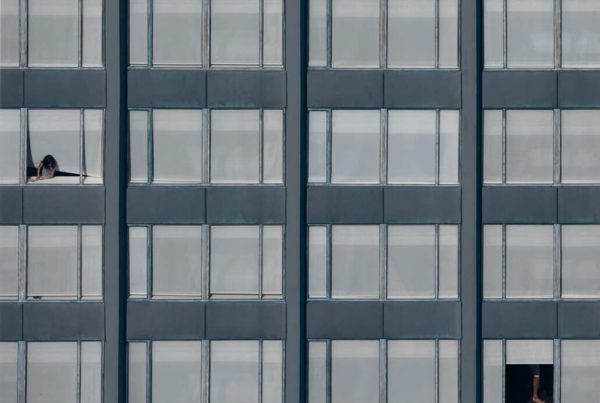 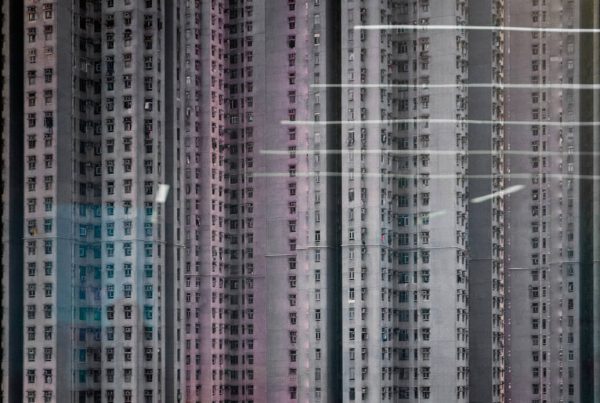