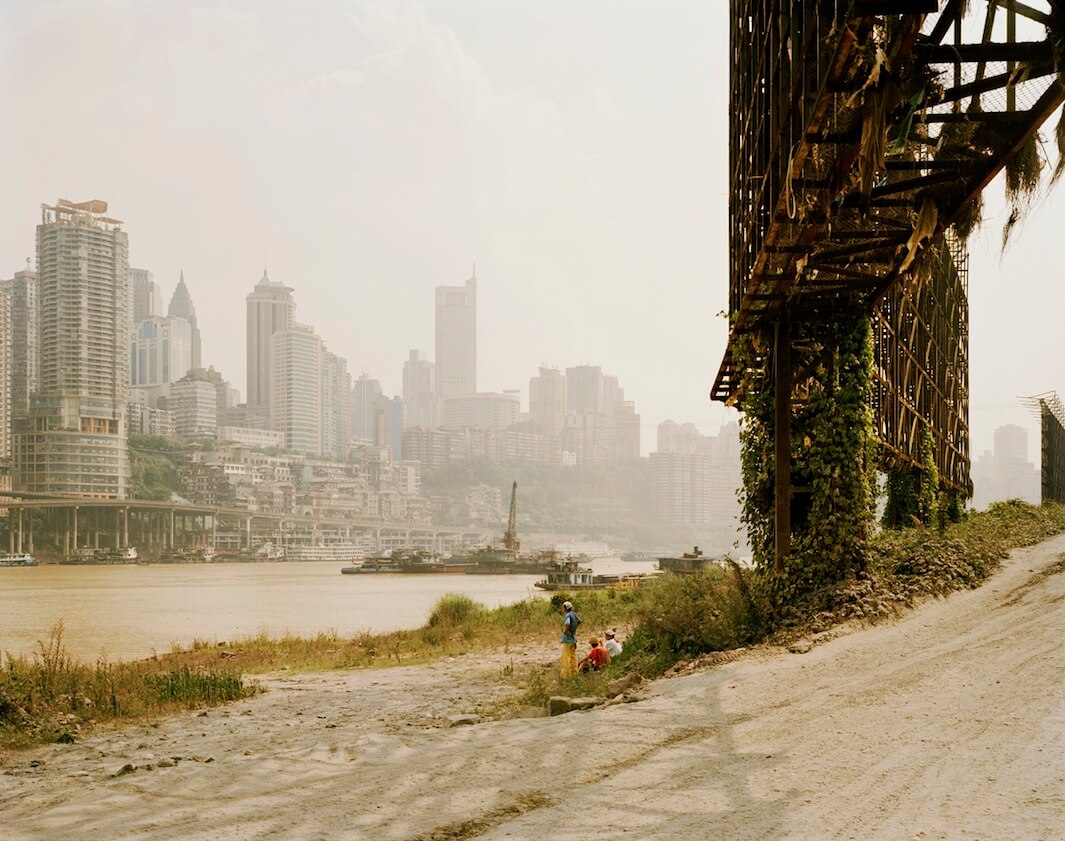 Over a period of three years, Nadav Kander photographed scenes he encountered on the banks of China’s Yangtze River. More people live along the Yangtze, the third longest river in the world, than in the United States. As he traveled upstream more than 4,100 miles from the river’s mouth at the coast, Kander was struck by the human and environmental impact of China’s dizzying rate of development. His photographs of the people and landscapes he encountered on his journey explore themes of impermanence and displacement, and ultimately question the price of modernity.

Born in Tel Aviv, Israel in 1961, Nadav Kander currently lives and works in London. His work forms part of some of the major collections in the world. In 2009, Kander received the prestigious Prix Pictet photographic award for a selection of photographs from Yangtze – The Long River. He is a regular contributor to many international publications, including The New York Times Magazine, for whom he photographed ‘Obama’s People’, a portfolio of 54 portraits of the Obama administration.