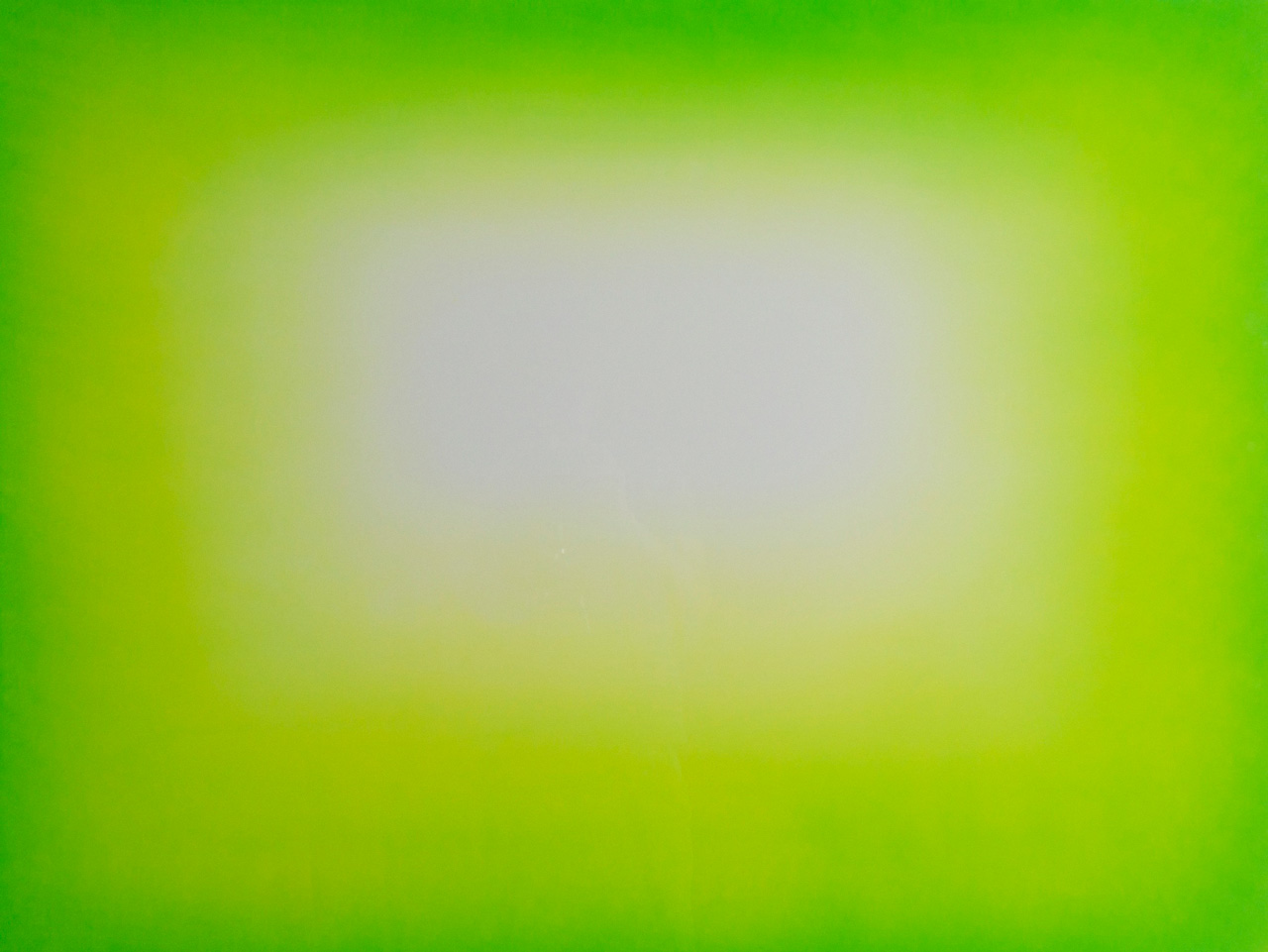 Anish Kapoor is widely known for his large scale sculptures of geometric forms made of pure pigment, stainless steel, and colored resin that engage the viewer in a polarizing experience: they appear solid and intangible, dark and light, empty and full. In these print series Kapoor is engaging the same dichotomies but on a two dimensional surface.

He began with the aim of achieving an intense, rich color field using two overlaying colors. Kapoor created a digital image of gradated tonal forms which were then transferred to two photopolymer plates with halftone screens.

However, when the two plates were printed on top of each other a moiré occurred because the dots were not perfectly overlaid. Most technicians would discard this as a mistake, but Kapoor embraced it as a “happy accident” and exploited this effect forcing it to occur in each print. Interestingly, each print in the edition is slightly different because the moiré varies depending on temperature, humidity, and pressure of the printing press.

It is the combination of intense pigment and moiré that lends these prints a three-dimensional quality akin to Kapoor’s sculpture. The viewer is constantly pulled back and forth between pure color and bright white as if pulled into some vortex.

The void is not silent. I have always thought of it more and more as a transitional space, an in- between space. It’s very much to do with time. I have always been interested as an artist in how one can somehow look again for that very first moment of creativity where everything is possible and nothing has actually happened. It’s a space of becoming… ‘something’ that dwells in the presence of the work… that allows it or forces it not to be what it states it is in the first instance.

From a conversation between Anish Kapoor and Homi K. Bhabha, 1998

Anish Kapoor was born in Bombay, India and has lived and worked in London since the early 70’s. Please call 212 645 2030 for visuals and further information.